TITS AND SASS SERVICE JOURNALISM BY AND FOR SEX WORKERS
Home Labor Law Criminalizing Their Choices: Following Up on AB 1576 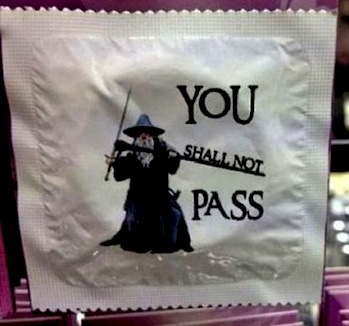 Lee: Though the bill seems to imply that companies would have to store performer testing, at the Appropriations Hearing, AHF representative Whitney Engeran-Cordova stated that companies would merely have to report to a government agency that a test had occurred. They did not extrapolate on the details of how this would work and be recorded, however, and stated that it was predicted to cost the state $150,000 (per year? It was not specified) for this reporting.

Habib: I think this is a clear violation of human rights. A positive result on a confidential test (as opposed to an anonymous test) is also submitted to the State and to insurance companies. This can have all sorts of implications: for insurance, travel, mental health, economic stability and more. I’m not opposed to confidential testing as a choice, but this bill mandates testing and thereby creates a sort of quarantine mentality about people who do sex work, even as it demands they use protection (which would make the tests unnecessary).

The language of the bill also utterly ignores people who are already living with HIV. There’s no structure in place to protect HIV+ performers from being blacklisted. Which they will be, even if HIV-  [performers] are—as I am—happy to work with them using protection. Because I’m not anti-science, I have no worries about having sex with an HIV+ performer if I use protection. The bill would also require two HIV+ men to get tested and used condoms if they wanted to do a scene together. That’s lunacy.

At the root of this bill is a proposition: Find HIV+ people, expose their status, exclude them from sexual representation.

Lee: I think unionization of performers would be a good step, though I imagine it would be difficult to implement. Several performer-lead organizations have formed, such as APAC (Adult Performer Advocacy Committee) who have begun identifying performers’ needs with intentions of providing services and resources. I think that business incentives for testing subsidies would encourage smaller businesses to offer testing for performers. (Most performers in the industry are independent contractors, and rightly so: the majority of performers work with a number of different companies month to month, year to year. When tax time comes, I file a number of 1099s from the porn companies I work for, and the academic institutions that I lecture at. An important part of AB 1576 is that Hall believes performers are not independent contractors, but employees, and this is just not the case.)

As a performer, subsidized tests and the freedom to CHOOSE whether or not to use barriers would be ways to keep me safer. [And I’d feel safer with] the knowledge that I can perform having made these choices, without the possibility that myself, and everyone involved behind the production, can be arrested.