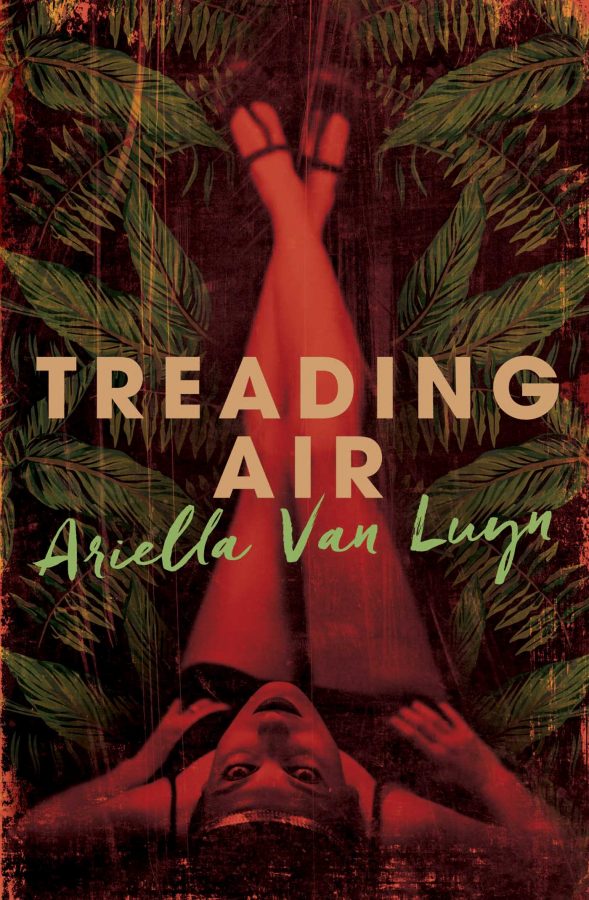 As a sex worker and a fairly enthusiastic reader, I’ve come across so few of our stories told in fiction—and very few set in my own country of Australia. So when I recently discovered Ariella van Luyn’s 2016 novel Treading Air, I was instantly intrigued. It had a fascinating historical premise and a sex worker protagonist, Lizzie O’Dea. Unfortunately, it wasn’t what it could have been: although van Luyn had clearly done some research and tried to humanize Lizzie’s portrayal, so many bad clichés about sad sex workers crept into her story that it totally ruined the book for me.

We first meet Lizzie O’Dea in 1943, confined in a lock hospital in Brisbane, Queensland, waiting for her husband to be released from prison after nearly twenty years. The novel alternates between focusing on O’Dea’s story in 1943 and a series of events in the regional port town of Townsville in 1923 and 1924 that would alter the course of her and her husband’s lives.

The decision to set part of the book in a lock hospital in Queensland immediately caught my attention. By Australian standards, Queensland had notoriously draconian controls on sex workers in the latter half of the nineteenth century —although substantive parts of the law remained in place well into the twentieth century as well. Under the Queensland legislation (which was based on a broader version of the English Contagious Diseases Act), sex workers were required to register with police and forced to undergo fortnightly medical checks. If a doctor deemed them to be “diseased”, they were sent to a lock hospital in the state’s main prison to receive treatment, sometimes for long periods of time. It was a system which produced plenty of horror stories, yet it’s largely unknown today. I was curious to see what kind of light van Luyn would shine on on that chapter of history. I should have known that it would turn out to be one more twist on the premise that a sex worker’s story always ends badly.

Much of the first quarter of Treading Air centers on Lizzie’s courtship with future husband Joe, whom she meets at a Brisbane racetrack in 1923. Lizzie is the daughter of an illegal bookmaker and unenthused with her options in life. They promptly marry, moving to Townsville in North Queensland when Joe gains a job as a meat worker. Joe soon loses this job after an industrial accident, and Lizzie, fed up with being back in poverty, accepts an offer to work for a madam she knows. I enjoyed this section of the book: Lizzie’s portrayal felt familiar, the historical details about how her brothel operated made sense, her reasons for entering into the industry were pretty standard, and her first clients were ordinary clients.

And so, I’m happily reading this book when I come across this sentence, not long after Lizzie begins working: “So she reinforces her demeanor of gentleness and politeness. A man can do anything—pick his nose with one hand, hold his cock with the other; piss on her [emphasis mine]; cry and snot on her – and she doesn’t move. They like her for it.”

I thought “wait, what?”. I read this passage out loud to a friend over the phone to ask if it was as fucked up as I thought it was. Her spluttering down the line told me that it was.

From this point on, the clichés and inaccuracies about sex work start to pile up. Lizzie is described as lusting after nearly every single named male character in the entire book. After working for a few months, Lizzie mentions that she has become “loose” and “already she can’t feel Joe at the sides,” as anatomically improbable as that is. After only months in the industry, she is repeatedly referenced as having serious memory difficulties that are never explained. Lizzie’s boss makes some questionable business decisions which mean that Lizzie and her colleagues, having previously had reasonable working conditions, are suddenly pressured to solicit business in public ways that, in a conservative regional town in the 1920s, would likely have gotten everyone involved arrested. At this point, I thought to myself, “At least there hasn’t been a trafficking plot.” That is, until Lizzie meets a teenage girl in police custody, who, it is heavily implied, has been forced into sex work by, as a the policeman charmingly describes, “those dagos from Ingham”—people who happen to be Lizzie’s boss’ business partners. I might have been able to ignore one or two of these stereotypes, but all of them added up together made me want to throw the book at the wall.

Lizzie’s life just gets bleaker over time—and not in a way that explains why you’ve just spent three hundred pages reading about it. People around her make bad decisions. She attempts to shoot her nemesis, another worker who had robbed her friend, and goes to prison for a year. When she gets out, we discover why Joe went to prison, a fact unrevealed for most of the book. Apparently, he killed a Chinese businessman in a racially-fueled rage, something which made me wonder why I’d just read a relatable portrayal of him for three quarters of the book. The novel doesn’t really grapple with the consequences of Joe’s actions: Lizzie feels sad about it for a few pages and then the 1923 story ends.

Although van Luyn seems to want to humanize her sex worker characters, their fates feel remarkably familiar for readers who’ve encountered sex worker tragedies in fiction time and time again. In 1943, Lizzie winds up nearly blind in the lock hospital while her nemesis from 1923 dies a horrific death in the adjacent bed, both fulfilling the stereotypes of the sad, diseased old whore. Treading Air’s Amazon blurb suggests that “there’s hope yet” for Lizzie in 1943—except that this hope turns out to be her dying nemesis giving her a key to a flooded, mold-covered, decrepit back room of a shop she’d won in a bet, which she had vague dreams of maybe one day turning into an incall. I found this ending to be such a peculiar twist on the bizarre ideas civilians often have as to what consists of “hope” for former sex workers: giving a nearly blind woman in her fifties who has no social support an uninhabitable back room might be a step up from would-be saviors handing us sewing machines, but it certainly isn’t what I’d call a hopeful ending.

After I finished this book, I discovered that its story was based on an actual sex worker called Lizzie O’Dea, of whom relatively little is known outside of a few newspaper cuttings about her court appearances. I was even more horrified by the novel knowing that: it is one thing to claim a fictional sex worker was “polite” about being literally pissed upon, but it seems unforgivably crass to insert these kind of horrible tropes into the mouth of a real deceased person.

Treading Air could have been a great book. There are so many fascinating, largely untold stories buried within sex worker history, and I had high hopes that this might be the rare book that actually told them properly, with respect for those who lived them. Unfortunately, it wound up being a cautionary tale about how you can do all the book research you like about sex workers’ lives but still fail dreadfully at representing us.