TITS AND SASS SERVICE JOURNALISM BY AND FOR SEX WORKERS
Home Books The Las Vegas Madam: The Escorts, The Clients, The Truth (2015) 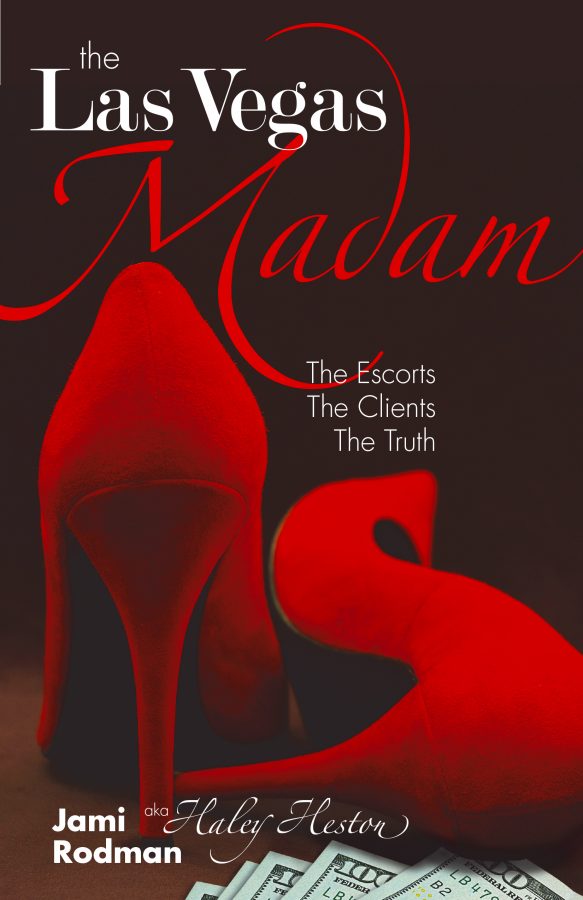 The Las Vegas Madam: The Escorts, The Clients, The Truth is the tell-all memoir of Jami Rodman, the madam who came to fame by employing former Olympic middle distance runner Suzy Favor Hamilton as a high-end escort. It covers her childhood all the way up through the formation and subsequent closure of the escort agency she started, Haley Heston’s Private Collection.

“Real life is complex. I got lucky, most don’t. This story is for them—the families pulled into the mess, the misplaced mothers, the stolen lives. May tomorrow be a better day.”

From the moment I read those words in the dedication, I had a bad feeling that this book was going to be written more to play to outsiders’ expectations than to advocate for the people Rodman worked with. Her employees were among the highest-earning escorts in the industry. If Rodman believed that even these privileged few qualify as having “stolen lives”, I had a feeling that she and I would have little in common.

My fear was borne out over the next few pages, seeing that it wasn’t simply that the book had a salacious cover featuring red stilettos—that theme was carried over inside the book, which featured “intimate” portraits of knocked-over high heels, “handwritten” signatures signed XOXO, and cropped-out shots of piles of money. Pull quotes highlighted eroticized snippets of an encounter with a customer. It’s a lurid aesthetic we know so well, signaling, Lies, sleaze, and a whore. Hold on to your hats!

The memoir was certainly not the “shockingly honest” and “unique… sociological perspective” promised in the literature I received along with the book. But who’s surprised by that? It seems impossible for outsiders to conceive of the sex industry without indulging in sexual fantasies about mysterious whores. And even the most diligent sex worker author can get caught up in that kind of twisted representation.

What really got to me, though, wasn’t the manner in which Rodman chose which stories to tell, focusing on titillating accounts such as nonconsent roleplays gone wrong and customers with pedophilic ageplay fetishes. It was her disdainful attitude toward other sex workers and the industry.

“I don’t really enjoy lying and stripping is an eight-hour con game mixed with shots of whiskey, bumps of coke, occasional finger banging, and hints of a hand job,” she writes. “If you can play that game five nights a week, without getting sloppy drunk, picking up several DUIs and getting robbed by other dancers or bouncers you can pull in $4-8k a week. Most girls can’t do it.”

Don’t make me break out the “not all strippers” argument here. I never danced in Vegas, but this sounds nothing like what the people I know who danced there described, nor is it at all representative of the scene I danced in elsewhere. I’ll settle for questioning why exactly Rodman feels there’s more of a need to lie as a dancer than as an escort. It seems to me that both jobs involve quite a lot of lying, by her own admission elsewhere in the memoir. And I’ll say that she certainly didn’t endear herself to this stripper making these sorts of claims. And strippers were hardly the only sex workers or sex work-adjacent workers she took pot-shots at. Overall, the book certainly doesn’t foster sex worker solidarity, nor does it paint a nuanced picture of escorts.

At one point, Rodman cites statistics from ProstitutionResearch.com, a site which is heavily affiliated with rescue industry organizations. By the time I hit the chapters dealing with her agency, it became painfully clear to me that she was buying into the flawed statistics, salacious reporting, and misleading accounts of the wider industry put forward by abolitionists rather than trusting her own sex work experiences and those of the many women she worked with whose lives stand in direct contrast to prohibitionist tropes. It’s funny that she quotes a website which would label her a trafficker. It’s downright depressing that she repeats the notoriously erroneous “12-14 average age of entry” statistic without disputing it beyond “I didn’t see that side of the industry, myself.” It seems to me that she hasn’t done any research into contextualizing her life experience, and that’s a grave disservice to others in the sex industry, given the size of her platform.

Reading The Las Vegas Madam was a profoundly disappointing experience. To be honest, I barely got through the book. It seems that Jami Rodman had a lot of interesting stories she could’ve told. But instead of taking an even-handed look at the string of choices and events that led to her rise and downfall, she parrots the abolitionist preaching that hedonism is toxic, and that beneath the glamor of the sex industry lie a bunch of sociopathic pimps and girls tattooed with bar codes.