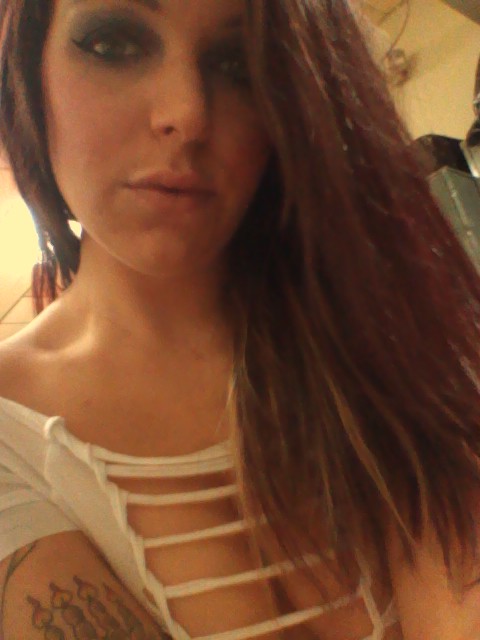 Philly is a weird place to work, especially my club. We get a huge range of customers—blue collar workers, frat dudes, white collar dudes on their way home from work. Old dudes, young dudes. Dudes of every color. So the girls have to keep up with the general population of the customers when it comes to playing music. We have a lot of freedom when it comes to picking our songs, but every so often the DJ will veto us if he thinks the music is inappropriate for the crowd (He once vetoed “Monster” by Kanye West because of the Rick Ross verse where he says “fat motherfucker” then the n-word drops a million times). I have a pretty eclectic playlist, but I will take you through a typical weeknight shift for me.

First set
Usually for older guys, and the owner is there, so no rap and we do three songs for our first two because there’s not enough girls on 7pm shift.
“Spirit in the Sky,” Norman Greenbaum
“Bang a Gong (Get It On),” T-Rex
“20th Century Boy,” Placebo

Second Set
At this time we usually have both young guys and old dudes so I try leaning towards the softer side of my song choices.
“Breath from Another,” Esthero
“Roll On,” Sneaker Pimps
“Playgirl,” Ladytron

Third Set
By this time the owner has left, along with most of the older gentlemen. I amp it up a bit and include songs where Nicki Minaj says “shitted on ’em” because, well, I think it’s funny.
“Did it on ‘Em,” Nicki Minaj
“Miss Me,” Drake

Fourth Set
Who doesn’t love the classics? I like to get them singing along with me as most of the customers are wasted at this point and it’s fun to watch them try to rap. Plus, I’m about to go home, and I need something to endear me to them so they’ll get that last dance.
“Gin and Juice,” Snoop Dogg
“I Get Around,” 2Pac