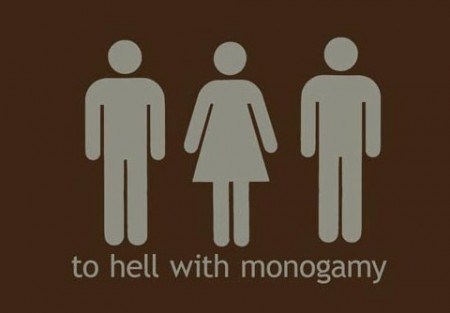 I have another non-paying partner that I see occasionally, and I came out to him before we decided that we should be screwing. In lots of ways, he knows even more about my work than my primary partner does; mostly because he’s more curious about it. I tell him the ugliest and shiniest bits because I want him to think I’m interesting. It’s reciprocal; we’re bros. He tells me about his exploits, too. I like him because he really can’t help how kind he is, and he doesn’t like monogamy any more than I do. He’s also ten years better-looking than my average client. I should add that I’ve known him off and on for seven years. If that wasn’t true, it really wouldn’t work.

Unpaid sex has changed, of course. I try to be honest about that too—although when you’re dealing with someone’s ego it’s not always the best policy—and I’m clear about when I don’t want it, or about what kind I want, or if it’s gotten weird, or if I’m concerned about safety. I sell a lot of affection, and it’s sometimes strange when the things I do—kissing his neck or his ear, pushing my fingers through his hair—are things I’ve done with a client hours or days before. For those seconds I feel like I’m working, or at least performing. With my second partner the relationship is newer so the line is even thinner, and I am even more my professional self. He’s a man I want to impress, I want him to think I’m hot and talented and pornographic. I love playing my whore self up for him. Which is where it gets even stranger: I get a transgressive thrill because I’m fucking him for free. I get off on paying for the hotel room.

Clients usually make it apparent that they want me to be single. Not because they want to meet my parents or explain the age difference to their coworkers, but because they want me to need them past their cash. If I’m lonely too then we’re equals, maybe, and this isn’t just a transaction. I see this need as an extension, or maybe a precursor, to the white knight fantasy, and I resent it. I mean, I’m pretty well covered in terms of awesome supportive people in my life. The only emotional need a client could ever fill for me is a little bit of thrill, a little bit of risk, and maybe some low-level daddy kink if he’s really, really good and his fingers taste like nicotine. So when clients ask, I’m almost always honest: yeah, I have a boyfriend. Yeah, he knows I do this. Yeah, he’s fine with it.

The one thing I don’t say: yeah, he’s hotter than you.

Violet Gartner is a Canadian escort and writer. She tweets pictures of her dog as @ungirlfriend.