McCain also served as co-chair of Arizona Governor Jan Brewer’s Task Force on Human Trafficking. Brewer is well known for her contributions to Arizona’s appalling carceral system, one of the most brutal in the US. Arizona’s prisons and jails are known for their general hostility to immigrants, people of color, LGBT (especially transgender) people, and people living in poverty, including sex workers like Monica Jones and Marcia Powell. When Powell was sentenced to prison for prostitution in 2008, Brewer was Arizona Secretary of State and McCain was wrapped up in her husband’s second Presidential campaign. When Powell was left in a cage outdoors to die in the Arizona heat in the summer of 2009, Brewer was newly appointed to succeed Janet Napolitano as Governor of Arizona. This sort of brutality is routine in the Arizona correctional system which McCain thinks is equipped to help victims.

Like many sex workers, Cindy McCain has struggled with opioid addiction, though due to the influence of her powerful family, she was able to escape any legal consequences for years, despite taking upwards of twenty pills a day at one point, having employed a physician to write illegal prescriptions in her employees’ names.  Cindy McCain was later charged in connection with these activities, but due to her wealth and political power she received only community service and a diversion program in lieu of jail.  She was never at risk of the sort of fate that Marcia Powell, who was a drug user as well as a sex worker, endured. 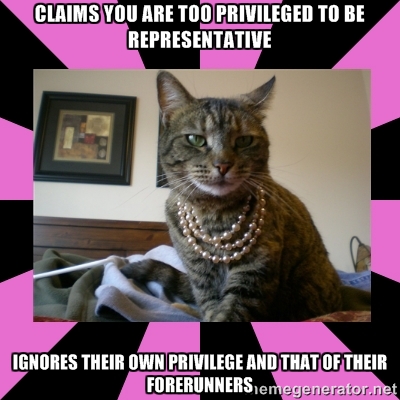 Swanee Hunt is the daughter of late Texas oil tycoon H.L. Hunt, who amassed a fortune of $400-700 million in 1957 ($4.5 billion in 2011, adjusted for inflation). Swanee inherited $2.1 billion after her father’s death. She is a co-founder (with her sister) of the Hunt Alternatives Fund, whose newest project is Demand Abolition, which has lobbied for “End Demand” legislation to further criminalize sex work clients in Denver, succeeding in seeing it pass, and has sponsored a similar “End Demand” campaign in Boston. NYC also saw an End Demand campaign. They also sponsor widespread anti-sex worker “educational” initiatives.

In May 2010, Demand Abolition held a national planning meeting in Cambridge, MA. A report of the meeting is publicly available. Many of the the names I’ll be bringing up in this column are authors of this report or are thanked in the acknowledgements. The report states outright that, “No distinctions need be made between purchasing sex from persons compelled to provide it, and buying sex from persons without force, fraud, or coercion by a third party” (1-6).

It endorses the following tactics: street and web-based reverse stings (in which law enforcement officers pose as sex workers); “awareness campaigns”; the shaming of sex work clients; “Dear John” letters to the families of people caught buying sex; vehicle seizure; geographic restraining (“SOAP”/ “Save Our Adolescents From Prostitution”) orders that prevent people caught buying sex from entering areas “known for prostitution,” “neighborhood action” including tips to police; citizen patrols; “community impact panels” which argue that prostitution negatively affects the community; john schools; and increased criminal penalties for sex workers and their clients. The report also contains material persuading men not to buy sex by frightening them with the possibilities of arrest and exposure and by characterizing sex workers as disease-ridden and potentially violent.

To whatever extent theses tactics are effective, they deter more innocuous clients, leaving only the more dangerous ones. Clients also become less amenable to screening measures the more anxious they are about law enforcement. To make up the loss of income, sex workers must  engage in more transactions, which also increases the level of risk of both violence and arrest. Sex workers also must forgo safety measures, like sharing work space, giving referrals, or even carrying condoms, for fear of arrest or even more serious charges related to pandering or pimping. Some of these measures target sex workers directly through such tactics as offering monetary grants to police jurisdictions incentivizing all prostitution-related arrests.

Demand Abolition’s report also details how they might employ unused funds or additional money raised to support more law enforcement efforts and anti-trafficking NGOs, and to conduct further research into preventing the purchase of sexual services.

They see all these efforts as being underfunded, but then multi-billionaires have odd ideas about money. The Hunt Alternatives Fund took in $12,976,136 in 2012.

There’s something especially noxious about the wealthy pretending to know what’s best for sex workers. These are women benefiting from the most enormous privilege imaginable. Anti-sex work feminists sometimes like to say that any sex worker who speaks out is “too privileged to be representative”—but that’s not a lens that they turn on themselves or their fellow anti-sex work activists.

Our next edition of Big Mother Is Watching You will tackle anti-sex work figures who are current and former members of US government.