A friend of mine has been telling me for a while how much she hates Jezebel, but I’ll admit I usually like them. I don’t read the site religiously, but when I do, it’s rare that I find something totally off-base or stupid. But it happened yesterday, when I came across this piece by Lindy West on the newest sugar daddy site.

MissTravel.com is brought to us by the same guy (namely Brandon Wade) who brought us SeekingArrangement.com, SeekingMillionaire.com, and WhatsYourPrice.com. With MissTravel, Wade has tapped into yet another corner of the sugar daddy/baby market: Women who hope specifically for for the elegant vacations they imagine the modern courtesan taking.

“MissTravel.com is a travel dating website that matches generous travelers with attractive travel girls (or guys). If you are a frequent traveler you can easily search, find or meet a hot travel companion, sexy travel mate or beautiful travel buddy. And if you are an attractive travel lover who lacks the financial resources, we’ll match you with a traveling sponsor or help you earn frequent flyer miles you may redeem for free travel, free airline tickets and free hotel rooms. Best of all our website is 100% free for attractive men and women.”

Sounds nice. In reality, though, I’d be surprised if the clientele is really any different than the time wasters I encountered during my quick foray into SeekingArrangement—guys who write long profiles about seeking an ongoing, generous, mutually beneficial relationship, but when it comes down to it, want to know if you’ll meet them at a Best Western on their lunch break for $300. Basically, dudes who really want all the NSA perks of an escort service, but are hoping to get them for cheaper, seeing that you’re a “non-pro” and all. I haven’t tried MissTravel.com and probably won’t, just because my limited experience with sugar daddy sites has meant more hassle for less money. 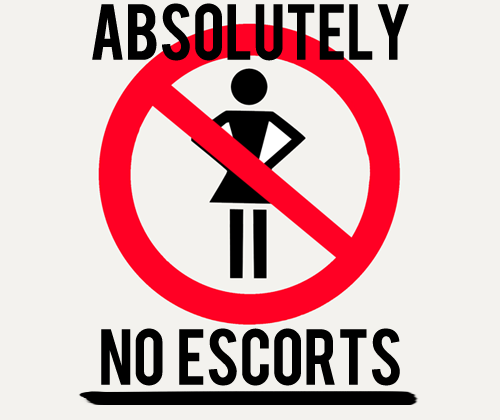 Plastered all over MissTravel, like every other of Wade’s prostitute-mall-in-disguise websites, are anti-escort warnings and disclaimers. It’s funny, because it seems to me like this site in particular is actually the textbook definition of escorting—you’re quite literally escorting someone on their vacation. In the same way that “escort” is a euphemism for prostitute, “sugar baby” is like the new euphemism for escort, and now “beautiful travel buddy” has gone and replaced that. WhatsYourPrice.com has the same exact warning page (complete with the graphic above) as MissTravel, even though on the first page it says “Pay Only When You Get a Date.” Which is what you do with escorts, of course, who are explicitly unwelcome on the site.

I know it’s silly, but I personally love how boldly and creatively Wade is pseudo-circumventing prostitution laws. Pay for a date, but no escorts allowed, and so emphatically! It’s as if he were out there fighting crime himself. How fun would it be if all laws could be circumvented just by claiming you’re not doing something while you’re in the process of doing it? It’s kind of like “not inhaling;” that’s about the closest I can come to an analogy.

Anyway, Lindy West seems to think that she’s the only one on to Wade’s crafty ways, like she uncovered this as a thinly veiled sex-for-money situation that would have completely fooled your average “beautiful travel buddy.” All in all, it speaks volumes about her disrespect for sex workers, under the umbrella of which (for the sake of today’s argument at least) I’d include anyone who tries their luck with any of Wade’s websites. At the end of her post, West claims:

“I have no problem with sex work (and that’s what this is, no matter what they say), lonely people deserve to be able to buy company, and women deserve the right to make their own (possibly bad) choices. Let them have each other and be happy. Fine. But there’s just such a giant window for dishonesty and coercion here. You’re not just on a date with this person—this rich, powerful stranger—you’re on a boat, you’re in a hotel room, you’re in fucking Thailand or some shit. And you can say that the women are using/objectifying the men just as much as the men are using/objectifying the women—technically that’s absolutely true, it’s almost a win-win—but tell that to the girl who winds up 5,000 miles away from home with ExecutiveDong4U and realizes she doesn’t want to put out.”

All right. First of all, I’m going to have to disagree with West’s claim to have no problem with sex work. Because in the same breath, she  says the choice is “possibly bad” and then talks about all the dishonesty and coercion that these “rich, powerful strangers” can inflict upon their victims. She pretty clearly has a major problem with sex work, and if this post doesn’t convince you, perhaps this one from The Stranger will, in which she claims to have suffered “semipermanent brain damage” by sitting through a few minutes of a rather uneventful day shift at a Seattle strip club. She and some guy check out a lunch buffet at a club together, him “nauseated” before they  even leave the car, and her admitting “shock” at “the depth of [her] own discomfort” with the “commodified, artificial intimacy.” Yep, sounds like you have no problem with sex work.

Then take the first paragraph of her Jezebel post, where she sarcastically questions why “attractive” potential MissTravelers can’t just “get jobs,” or why rich people can’t just “think of their partners as human beings instead of just collections of measurements.” Ironically, in her Stranger post she talks about having a 30-second conversation about buffet food with a stripper, and how it made her feel almost like they were “chatting like normal humans.” This, says West, “made me like her way more than the other girls, but it also made me want to see her butthole way less.” Yep, definitely a-ok with sex work. At least in that piece, she declares herself with cutesy self-deprection “Mother Superior at the Barbara Bush Wet Blanket Academy for Totally Uptight School Marms,” instead of pretending she has no problem with the sex industry.

But having an obvious problem with sex work isn’t even the biggest issue, because tons of people have that. What really bothers me here is the arrogance of believing you’re the only one who gets it. Seriously, Lindy West? Do you really think people who get involved in the site don’t realize what’s going on, and so they need you to explain? By West’s logic, any site with a “we-swear-we’re-not-hookers” disclaimer is not playing an admittedly dubious legal game, but is actually working really hard to fool and coerce women. In fact, I was even doing it to myself for years.* My escort site said something along the lines of, “Money is for time and companionship only.” And you know what? Ninety-five percent of my clients wanted to have sex with me. I thought it was just some crazy-ass coincidence every single time—I mean, I had a disclaimer!—but I guess I was my own victim of dishonesty and coercion by rich, powerful strangers.

If someone ends up traveling 5,000 miles to “fucking Thailand or some shit” with a man who screen-named himself ExecutiveDong4U, I’m quite sure she’ll have thought through the “putting out” part of the equation ahead of time, thus avoiding the enormous potential for dishonesty and coercion that West warns us about. I’m just not following here. Does West think sex workers are all stupid (maybe it’s the cumulative semipermanent brain damage from all those hours spent at lunch buffets), or that there’s a large population of people who wouldn’t understand that this is a form of sex work?

Nice touch with “ExecutiveDong” and “fucking Thailand,” by the way. “Dong,” in addition being common slang for cock, is also the currency of Vietnam, and thus a vaguely Asian-sounding word that helps West situate us in “the Orient”—a scary foreign place, far, far away, where we Americans know that helpless women are regularly kidnapped and forced into sex slavery. Of all the global destinations that could precede “or some shit,” “fucking Thailand” plays nicely with people’s subconscious apprehension about sex trafficking, without actually saying it. Think about it. “You’re on a boat, you’re in a hotel room, you’re in fucking Paris or some shit” doesn’t sound nearly as frightening, does it?

* Before anyone wants to point out to me how useless this would be as a defense in court, I know. It’s just internet hooking standard, plus a convenient link to send to men who try to bargain or “meet for lunch and see how it goes.”