This idea of the state “sexing up” surveillance in order to sell a war was the impetus for Walker’s first prototypes, which all have CCTV cameras in lieu of heads. (“I wanted to build a piece as a reaction against these mechanical Peeping Toms that were appearing on every street corner,” Walker shared with Make magazine in 2013.) In his 2007 piece entitled Peepshow, two robots dance seductively while the audience stares, hypnotized, unaware that they are also being watched via CCTV: “The piece was about watching and being watched, and being seduced into letting your government watch you.”

But, as any artist will confirm, once your work gets released into the world, it typically assumes a life of its own. People interpret, experience, and use art to serve their own agendas, and the robot-dancers were no exception. Rather than becoming a signifier to demonstrate the perils of the surveillance state, the robots began receiving invitations to parties and raves all over the world. When asked what brought him and his creations to Las Vegas, Walker’s answer was simple, “Ha, the money, obviously. I’ve totally sold them out to ravers all over the globe, it’s actually kind of silly. But they provide me with enough funding to continue my other art projects, so that’s the cool part.”

Like any artist struggling with the delicate balance between art and commerce, Walker seems torn. He asks for my input regarding a potential future collaboration with a popular camming site, and we both seem equally perplexed by the idea of anyone actually paying money to watch the fembots dance on cam. But, I tell him, the most truthful nugget of wisdom I’ve sussed from my near-decade in the sex industry is that there’s a market for just about everything, so really, what the hell do I know? 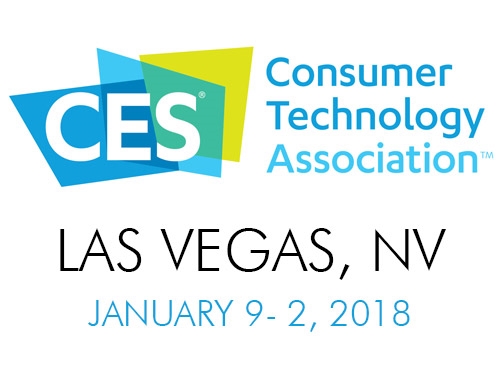 As for the bots themselves, #R2DoubleD and #TripleCPU are indeed a very cool sight to behold but don’t come close to anything ever approaching “arousing.” When I asked some of the attendees what they thought of the bots, the general consensus was that they were, “very cool, but not at all sexy.” When I asked Sapphire employees if they were nervous about losing their jobs to robots they all laughed and rolled their eyes, “Until those things learn how to give lapdances, we’re not worried!” (Fortunately, for now, the bots can only work the pole.)

So, did the working ladies of Sapphire actually mind watching the robots take up the valuable real estate in their club? Not at all, they said. Reiley, one cocktail waitress I spoke with, was particularly enthusiastic, “The robots are really cool and people love them! If they bring more people into the club to check them out, then that’s awesome for us.” Reiley was also sweetly concerned for the welfare of the robots because all night long she’d spotted men touching them on the sly: “Hopefully someone comes over and tells these dudes to take their hands off the robots; that’s just wrong!” (A true sister in solidarity, that Reiley.) I truly didn’t think we’d be delving into complex issues of robotic consent (and the effects of too many greasy man-paws on the sculptures) when I arrived here tonight, but welp, here we are.

Hilariously (and quite unexpectedly, according to club management), the bots earned a not-insignificant amount of crisp dollar-bills for their efforts. (A clear tip-bucket was placed beneath each one, so I don’t really know how unexpected the tips were, but that’s another piece entirely.) Patrons enjoyed making it rain for photos and slipping dollar-bills into garters on the bot’s legs. As a lifelong hustler, I was especially concerned with where exactly these dollars would be going at the end of the evening. I tried asking around, but no one seemed to know where the approximately $100 scattered around the stage would wind up. (When I asked Walker if he knew where the tips would be going, he stated that it had “absolutely nothing to do with me, so I really have no idea.”)

On my way out, I asked Anthony Newcomb, a Sapphire club floor manager, and he informed me that a “post-shift meeting” would be had to discuss it. I kindly requested that the funds be split among the actual, real-life strippers who worked the event, but I have no confirmation whether they’ll actually see that cash. Seeing as how robots can’t spend fiat currency (yet), I pray it finds its way into the pockets of the workers of the club. But even if it doesn’t, fear not gals; our jobs definitely aren’t going anywhere anytime soon.