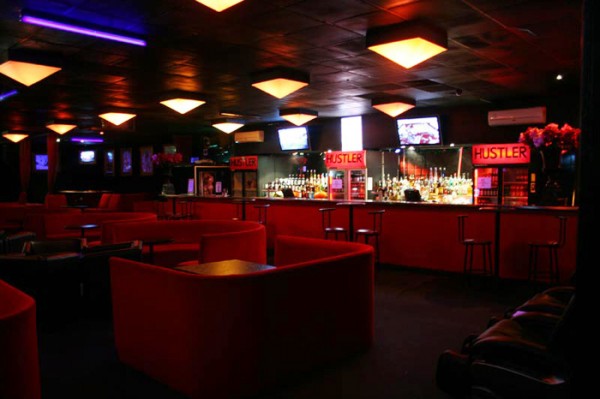 I’ve worked in a few different strip clubs and found that one of the best things about the first place I worked was the degree of openness with which extras were talked about. There was still shaming about extras and the people who offered them, but there were enough who openly admitted that they offered extras that it created an environment where we could share tips about how to screen for undercover cops, how to be discreet, and what prices to charge. If people hadn’t told me that they also did extras and how much they charged, then I would have definitely charged less than what I did, at least to begin with. By being able to talk about it we could set common prices for extras and more or less stick to them and all get more from our clients.

When business was quiet or people were reminiscing about old days where it was more common to make a lot of money with just stripping, no extras, sometimes the extras would be blamed as a reason why it was harder to make money from only stripping or how it meant “stripper” had a different meaning or why clients would still be trying to ask for extras even if you didn’t offer them. First of all, clients will always ask for extras that we haven’t offered, for cheaper prices. This never means other workers are doing it for these prices, or that they are asking only because of other workers offering it. It’s just what some clients do to try and get more. Second, I don’t think offering extras is undercutting or ruining stripping. It really is just another marketing tool or service you offer and I think it begins to be whorephobic when we get annoyed at some workers for offering sexual extras but not at other services other strippers may offer such as talking to or counselling clients or doing amazing dances which also set them apart from other dancers and mean clients will want to book them. Thirdly, from my own observations when I didn’t offer many or any extras at the start of my stripping career, I often found that I was the busiest when I was on shift with other workers who offered extras. Why? Because the dancers who offered the most were often the most booked by regular customers, and so there were fewer dancers to choose from for other club regulars and walk-ins, so we all got more dances. We would also get the clients who wanted the “good girl.” So I think it is at best debatable, and often wrong, that people who offer extras are ruining the business of other workers. If no one in the strip club offered extras I don’t think it follows that everyone would make more money. Dancers offering extras just means people have another tool to make a bit more money on top of the private dance and a way to bring a larger pool of clients to strip clubs.

It seemed even more ridiculous that doing extras could be considered “undercutting” or creating an “unfair playing ground” given that a few hundred meters down the road was a well-known legal brothel. If customers walked in there, they could pay the same amount for full service in a comfortable bed that they would for a 15 minute dance in our strip club with a quick, no-frills hand job in a dingy room with a semi-functioning CD player and a chair held together with duct tape. Men could easily get more for their money from people who openly advertised as full service sex workers. Instead, they came to the strip club to pay much more for less for the fantasy that they were doing it with a dancer who only did this special extra for them. Other regulars would come to book dancers who they knew would not offer extras and would just have a chat and a dance.

Shaming strippers who offer extras does not create better working conditions for dancers at work. It creates a work environment where we are divided and pitted against each other, and we already have clients and operators trying to set us against each other  so they can avoid paying us as much money for our work. United we bargain, divided we beg!