TITS AND SASS SERVICE JOURNALISM BY AND FOR SEX WORKERS
Home News Ontari-Ho!: A Guide to the Court of Appeal Prostitution Decision 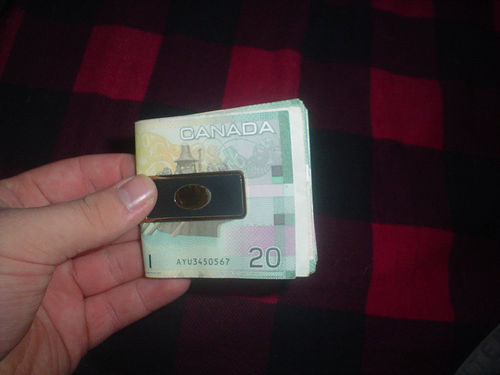 By now you’ve all heard about the decision up in Ontario regarding the laws around prostitution. The Court of Appeal (largely) confirmed that several of the laws governing prostitution are not constitutional. So yay, right?

What you need to know before reading the decision:

1) Prostitution is legal in Canada. However, so many activities surrounding prostitution are illegal that there are very limited ways to practice, and virtually no way to practice what we would call “safely”—minimizing the likelihood that you are going to get raped, robbed, assaulted or killed. That is a weird conversation since in so many other workplaces “safety” often means “how to avoid eventually getting carpal tunnel” or “how to avoid having hurt feelings.”

2) In 1990, the Supreme Court visited parts of this issue when they wrote a decision on communicating for the purpose of prostitution in public and decided that, while it infringed on freedom of speech, it was a reasonable limitation on that right. This case engaged the same topic and also examined whether the laws against prostitution infringed on the rights of prostitutes to security of the person, and whether that infringement is based on the principles of fundamental justice.

3) Robert Pickton was charged in 2002 and sentenced in 2007 for killing six women in British Columbia. He is known to have killed 20 others and quite possibly dozens more. The vast majority were what we might call vulnerable prostitutes—street workers. There is currently an inquiry into the role of the police and RCMP in the investigation, including why there was no investigation during so many of Pickton’s active years despite the alarming disappearance of Vancouver hookers. He was convicted for only six because charges for the other 20 were stayed. It was reasoned that since he was already serving the maximum possible sentence there was no need to proceed on 20 more charges.

4) The principle charter issue we are looking at:

Section 7: Everyone has the right to life, liberty and security of the person and the right not to be deprived thereof except in accordance with the principles of fundamental justice.

That is a two-parter: deprivation of life and liberty and security of the person is okay if it is in accordance with the principles of fundamental justice.

Now, a basic rundown on what was decided: About two years ago, Justice Susan Himel decided that the laws on owning, running or being in a common bawdy house, the laws on living off the avails of prostitution, and the laws on communicating in public for the purposes of prostitution engaged the Charter by forcing them to choose between going to jail and being killed. They were also not in accordance with the principles of fundamental justice because they were arbitrary, overbroad, and grossly disproportionate in their effects. She also looked at the communication laws in terms of freedom of expression, and thought the issue should be revisited. And now? The Court of Appeal agreed with Himel on the bawdy house laws and the living off the avails laws.

A big part of the decision on bawdy houses is about the the overbroadness of the law. While it targets huge Wal-Mart type brothels that will surely destroy any residential neighbourhood, it also targets little itty bitty single person brothels—people practicing out of their apartment or house who operate quietly without disturbing a single neighbour. (So while it may be worth killing a few hookers to stamp out large brothels with florescent signs, probably we should let them live if their neighbours weren’t disturbed.) However, they offered a clear invitation to parliament to pass laws regarding health and safety concerns that encompass trafficking and drug concerns. In the end they read “prostitution” out of the definition of “bawdy house” and gave parliament a year to respond before declaring a bawdy house free for all. (Indecent acts—still out, ya’all).

However, the Court of Appeal disagreed on the communications provisions. They determined that while the prohibition of communications for the purpose of prostitution in public did affect the safety of prostitutes, it is in accordance with that fundamental justice thing. They essentially endorse the 1990 Supreme Court position that the spectacle of the public sale of sex is, in and of itself, a problem, and pretty summarily dismissed claims that it was some kind of extrusion of morality. They notably say that the law not being effective is not the same as being arbitrary.

The disproportionality of the communications law is particularly interesting because what they find is that the law is not grossly disproportionate because they just struck down the bawdy house and living off the avails provisions. So now, they reason, surely prostitutes can now just go inside? For those that literally can’t go inside, the court seems to sever the connection between the government action and the effects on sex workers that they worked so hard to build up in the first place: if they have no indoor place to operate, surely their danger and lack of security comes about because of poverty and not really the laws at all?

If this seems inhumane, well, it is. But, here’s the thing about a Charter challenge to prostitution law: it is not happening to make it easier to be a prostitute. To put it simply – there is a right to be safe; there is no legal right to work the way you want.

So much of this narrative has been “do prostitutes deserve protection at the expense of public morality” with a side of “what the hell is public morality anyway?” But the question that the court is deciding is “do the laws regarding bawdy houses, communications and living off the avails infringe the rights of prostitutes, and, if so, are they in accordance with the principles of fundamental justice?” So the issue is not: “should we have laws about prostitution” or even “should laws about prostitution be fair?” Still less is it “what are the best practices in passing laws regarding prostitution?” or “what do prostitutes want the laws to be?” (We had a task force on that, actually, and the results were emphatically not to the government’s liking—it was, more or less, the fewer laws the better). The real issues are “are these laws completely unrelated to their aims” and “are they so grossly disproportional as to shock the sensibilities of an average Canadian.”

But is this not a victory at all then?

Yes! Yes, it is a huge victory. We have an appellate court decision that is all “hookers are totally people yo!” Yes, we can all wax poetic on the misery that this was in doubt, but this is a pretty strong rebuttal that we’ve never had before. A pretty tough court has come out and said that no matter how much the Canadian Government, REAL Woman and whatever religious organizations hate our morals, that killing us is still bad. More than that—they have come out and said so long as prostitution is legal, prostitutes have a right to a safe mode of working that doesn’t make us criminals. Again, this is not something we ever had before. If that still sounds depressing—think that a year ago someone was paid to stand up and argue that we shouldn’t be able to be safe because morals are shiny and clean and we are just too damn gross to worry about. The government has taken this position for a lot of years now, so it is pretty damn awesome that it has been so firmly shut down.

I’m not going to tell you it’s perfect, and the first thing you have to remember is that we are talking about some narrow rights. Perspective on the ambit of these rights has not been totally rational – to listen to the government’s arguments during these hearings, one would think that the world might end if it was a little harder to beat up a prostitute.  While they have made it sound like prostitutes are demanding bold, new, expansive rights, the rights being asserted are actually teeny, tiny little rights.  But as I said above: this is not, in the end, about whether it is should easy to be a prostitute or how prostitutes prefer to work. They can totally make it hard to be a prostitute, so long as there is some option between “death” and “jail.” In the end, that is where the decision disappoints: the Court comes out so strong with its statements about prostitutes deserving the protection of the Charter just like everyone else, and then proceeds to demonstrate exactly how little we’re entitled to by issuing some fairly clear invitations to make us all unhappy in whole new ways.

So what is going to happen?

There is going to be another appeal and we have fancy new judges that make it pretty hard to predict how the Supreme Court will lean. I don’t think the Court that heard this was particularly left-leaning, and recently a pretty conservative and deferential Supreme Court told the government that it couldn’t criminalize safe injection sites; so even where people are engaging in innately criminal behaviour, the government shouldn’t prohibit all harm reduction strategies. That bodes well for us; it is not crazy to expect the Supreme Court to extend that reasoning to activity that is not innately criminal, like prostitution, and with the strong dissent on the communications provision, Himel’s decision may be upheld in full. Between Pickton, the economy, televised depictions of prostitutes and a growing focus on harm reduction, we’re looking at a significantly altered landscape from 1990.

In terms of government reaction I would hypothesize that the living off the avails provision will stand as it is. It is a small enough change, although the government has already publically contemplated Nordic style laws criminalizing the purchase not the sale of sex. The bawdy house law is where we can expect some serious changes. Not only in the criminal law, but provinces and municipalities will be getting their paws in. That means licensing, zoning, inspections and probably a ton of stuff I haven’t even thought about. City councilors in Toronto have been itching to implement “red light zones” and would love the opportunity. So there the REALLY depressing part starts, where we realize exactly how little the Charter right means in terms of working to our preferences; my biggest fear is that licensing and zoning laws passed with no engagement with criminal law at all will create Nevada-style dependence on brothels – an ironic end to the bid for rights and freedoms. “Safe” doesn’t mean “Happy”. It doesn’t mean “Private”. It doesn’t even mean “Discreet” and it definitely doesn’t mean “Economical.” Will this open the door to prostitutes managing themselves, legally, the way they want to be managed? I would be delighted, but surprised, if it does.

Leave a Reply to The Week in Links: May 4 Cancel reply