We’ve already established that reviews are one of the most hated aspects of indoor work, so it’s only natural for us to want to avoid them. But how, oh how, can such a feat be accomplished? If you are a current sex worker facing a work-related challenge, you can email info [at] titsandsass.com and we’ll do our best to help or call in a guest who can. (Please no “how do I get started hooking” questions. We’re not trying to end up like Heidi Fleiss.)

I’ve been escorting for under a year, and for most of that time I’ve been working for an agency that could be said to fall under the “blue-collar agency” category. We work for $260-300 per hour, minus fees, and I’d say the independent girls in my city generally list similar prices based on the ads I see around the review boards. I’m interested in the leap that some escorts make to the so-called high class stratum where prices drift upwards, volume drifts down, appointments start at two hours and not 30 minutes, independence is ubiquitous, and where client reviews are unnecessary, if not outright forbidden. I certainly see evidence of girls at that level in major cities, but not so much in mine, though I’d be willing to bet there’s a market for it. So, seeing as the most distasteful aspect of indie work (to me) is review board culture, I’d love to hear what anyone has to say on transcending that snake pit, and going for gold. Tips on advertising, especially, without the good word of the local hobbyists, would be especially fascinating.

I’m in Calgary, AB, but I’m happy to take advice from Americans, because the biggest difference in standards of practice seems to be intensity of screening, and I’m inclined to work that way anyway as cops still love to bust indoor workers for things like running an incall. Our laws are different, but culturally we’re so similar that I’d say most Canadians wouldn’t know that, and would assume prostitution is as illegal here as it is there. Our police seem to forget it, too, sometimes.

END_OF_DOCUMENT_TOKEN_TO_BE_REPLACED 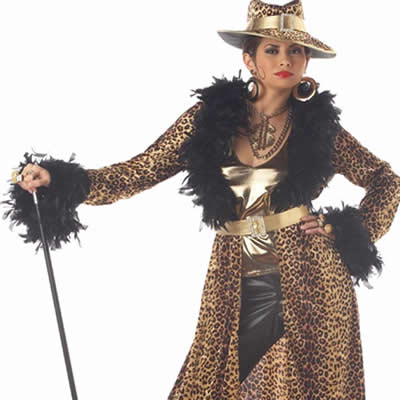 Time again for us to share our thoughts on the many dilemmas that arise around sex work. And this question is a doozy. The issue of whether or not to work for an agency is surely one to stir up debate, so feel free to leave your own insights and experiences in the comment. And if you’ve got a problem, email info [at] titsandsass.com and we’ll do our best to help or call in a guest who can. Please note this offer is only good for current sex workers with work-related inquiries.

Now that Craigslist is no longer such a useful arena for scouring out clients, and I am not sure where to turn. I am considering working for an escort agency. The splits I have found out about from a few of them seem quite a lot less compared to how much I charged on my own, and I am a bit nervous about not having total control over how I want to do sex work, yet it also seems like a relatively easy way to make stable money. What are some things to expect from working for an agency? Is it safe and the diminished splits worthwhile? Is sex or a photography session expected at the initial “interview”? Are there questions I should ask or things to establish before I decide to start?

END_OF_DOCUMENT_TOKEN_TO_BE_REPLACED

This Dear Tits and Sass goes out to all the working girls with unruly vaginas. Good luck getting those suckers under control! As always, if you are struggling with a sex work related dilemma, you can email info [at] titsandsass.com and we’ll give some advice or at least some moral support. Reminder: we cannot tell you how to successfully break the law, so don’t ask (Aspiring hookers, this means you).

I have been a stripper a little over a week and have an embarrassing problem. When I give a lap-dance, I sit on the guy and dance a little with legs open. Sometimes some air gets into my vag. When I change positions, or if they ask me to show them my cunt, maneuvering to give them a good view often means that I queef. I am mortified when this happens, as it totally puts me off and breaks me out of my ‘stripper persona.’ Researching on google, it seems there is not much I can do about it other than possibly Kegels? But for some people it seems to make it even louder, so I really don’t know. 🙁
Thanks for your help,
The Queefer
END_OF_DOCUMENT_TOKEN_TO_BE_REPLACED

It’s that time again! One of our faithful readers has a pressing question and we sexy geniuses are here to answer. If you too are struggling with a sex work related dilemma, you can email info [at] titsandsass.com and we’ll try to shed some light on the situation.

My hubby and I have found ourselves living next door to someone who I am assuming is, uh, working out of their home. We see strange men coming and going, hear lots of sexytime noises at all hours of the day or night, and recently other neighbors have taken to leaving threatening notes on this person’s door. We aren’t as disturbed by the noise as others since we have a loud air conditioner (although sometimes it can be obnoxious) but the downstairs (I’m assuming) neighbor has been leaving notes threatening to “press charges.” I feel bad for the lady next door, but I also am pretty terrified of the strange people coming in and out right next to my apartment.

END_OF_DOCUMENT_TOKEN_TO_BE_REPLACED

Please welcome our very first Dear Tits and Sass entry, wherein one of our readers needs to know what to do about her stalker of two years’ fiancé of six years.

While we aren’t planning on routinely answering questions for newbies or outsiders (we don’t want pandering charges, among other reasons), every now and then there comes a question that begs to be answered… and shared. If you are an current sex worker with an unusual predicament, you can email info [at] titsandsass.com and we’ll do our best to help or call in a guest who can.

Dear Tits and Sass,
I’m hoping you can help me with a serious problem: a stalker and his fiancé. One Friday almost two years ago, a man approached me at the club and asked for dances. When we reached the private dance room, he paid me to sit and chat for four songs. He also made me a money ring (that I later realized was made with a $100), which he put on my finger. After getting dances he left the club immediately and I never saw him there again.