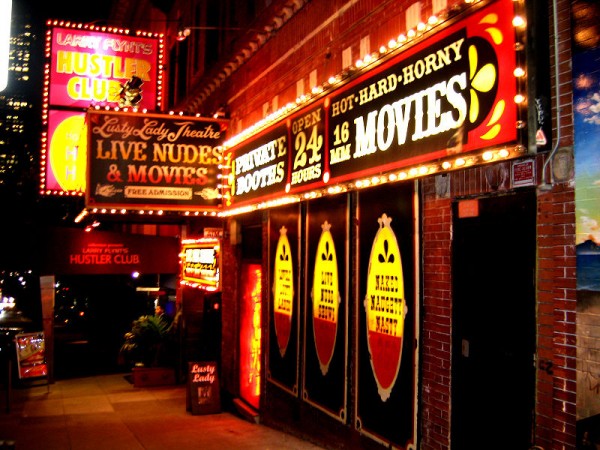 Like lots of small businesses these days, San Francisco’s unionized, worker-owned peepshow has hit some seriously tough financial times.  But they’re still fighting to stay open! You can support their efforts here.

Some background: The Lusties unionized in 1997 and became a co-op in 2003 and, in addition to being the only unionized peepshow co-op in the world, they also remain one of San Francisco’s only independent clubs. Instead of paying stage fees and hustling for private dances, they receive hourly wages and each own a share of the business. Which sounds great in theory, but seems to not have been working so well in recent years.

Quite a few of the co-op members have left (Jolene Parton and Sandy Bottoms tell their stories here), but some are still working hard to stay open, according to this article from the SF Chronicle which, I’ll warn you, is pretty judgy and offensive. How come in such a famously sex-positive city, the biggest newspaper can’t find someone to write about the Lusty Lady’s current situation without throwing in a little anti-stripper moralization?

I’ll resist the urge to dissect the Chronicle piece and all the ways it fails (it’s pretty obvious if you read it) and encourage everyone one more time to support the Lusty Lady.