One of my favorite male sex worker movies is The Great Happiness Space. The documentary film from 2006 follows the work lives of the staff members of Stylish Club, Rakkyo, one of the top host clubs in Osaka, Japan. The film was shot at a time when male host clubs were becoming more popular and attracting increased media attention. I was interested in the film as I had spent some time between 1998 and 2007 working in hostess clubs in Tokyo.

Friends back home had been indignant when I explained to them the nature of a hostess’ work. By performing a subservient role, they had argued, I was enforcing gender oppression, and shouldn’t I feel bad about that? I was curious to see the flipside, expecting to see a subversion of the gender roles played out in the hostess club where the woman dotes on the male customer. Perhaps I was looking for something to point at to say: Look: it’s OK; the industry caters for women too. I came away from the film thinking more about women in the sex industry, however, than men.

The hostess club was my first point of entry to the sex industry. Other people who have worked as hostesses would likely object to my saying so. True, sexual services are not directly offered in the host(ess) club, but the possibility of such is what keeps the industry moving. Rakkyo’s “number one” host, Issei points out a business truth known to all hosts and hostesses: if you sleep with the customer (s)he will lose interest and you will lose your income. Sex is always implied, rarely delivered.

In brief, the role of the hostess is to provide a relaxation space for the male customer; light his cigarettes, fill his glass, talk, flirt and flatter. The hostess, according to Anne Allison who wrote Nightwork, probably the best book on the hostess industry, makes men “feel good about being themselves as “men.” ‘’

Stylish Café Rakkyo, the host club in The Great Happiness Space, while much rowdier than any of the hostess clubs I worked in, turns the tables by providing male companionship for female customers. It is not so straightforward as a simple switching of roles, however. Much time is spent in the movie investigating a woman’s motivation for visiting the host club. Top host, Issei claims that he is in the “business of selling dreams.” One customer expands further: “Love is everything for girls. More important than work or anything else.”

In one scene Issei is seen talking to a customer and dangling the possibility of a real-life relationship in front of her. Even though, he later reveals, he has no intentions of ever dating his customer. He leads her on by saying that when he does feel ready for a girlfriend, she will be a “regular customer.” In other words, keep spending money and you might have a chance. 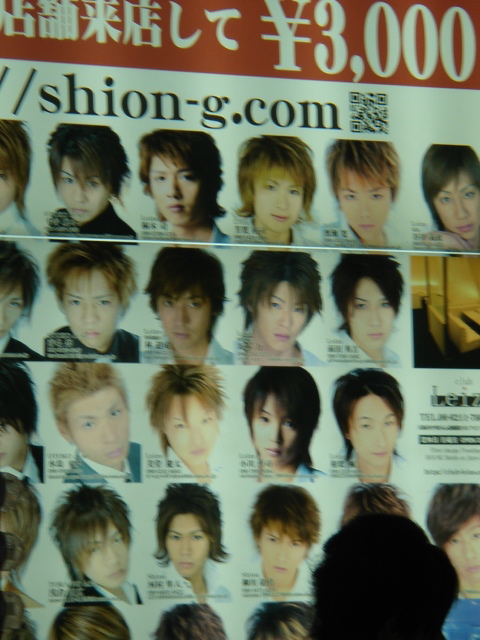 I heard more declarations of love in the 75 minutes of The Great Happiness Space than I did in possibly my entire hostessing career. Men, it seems, go to hostess clubs to feel like men; women go because they want to be treated “like a princess.” At Rakkyo, says one customer, “anyone can be a princess.” Anyone with the money, that is.

Number One host, Isseii and his colleagues are shown at work hustling customers for drinks; a rite common to all host(ess) clubs. The hosts at Stylish Club Rakkyo push for champagne bottles costing up to $5,000; the host gets a good commission while the customer gets to be the center of attention for the time it takes to chug a bottle. “I feel I’m special at that moment” says one. Issei claims to drink up to 10 champagne bottles a night, puking in between: “I drink; I throw up. I drink; I throw up…that’s how I work. I think my liver is fucked.”

Halfway through, we find out that most of Rakkyo’s customers are themselves sex workers, and that they got into the sex industry to fund their visits to Rakkyo. According to some of the customers interviewed, it is a circle that they cannot break: they are compelled to keep coming to the host club because it is the only place they can talk about their work without anyone judging them. “The general public looks down on us” one woman explains. As moody music played over a film montage of sex clubs, massage parlors and soaplands, cynicism set in: oh, here’s where we are supposed to feel sorry for those poor exploited sex workers.

Unlike the customers at Rakkyo, in this scene we only see the customers filmed from behind. Male consumers of the mizu shobai remain faceless; we don’t investigate their motivations for buying time and sexual services, or find out if they are blowing their salary in pursuit of a “dream.” But then, this is only a 75-minute film.

Despite my initial cynicism, I found myself sympathizing with the customers/sex workers in their interviews. Clever editing maybe, but many of them seemed really unhappy about their work. “Deep in my heart I want to quit” says one woman. Emi, the young woman clutching a Chihuahua looked nervous and out of her depth. Women in all sectors of the mizu shobai are traditionally disrespected. In Allison’s book, a customer describes hostesses as “dirty.” Allison goes on to say that “hostesses…are degraded and devalued by the customers they serve.” I don’t dispute this; many of my customers were handsy, insulting and crass. Some of the female customers at Rakkyo behave just as poorly: berating Issei for not being funny enough; complaining loudly that they “don’t like the girly ones” while flipping through the host menu, and saying “I want to be mean to the host.”

A lot of time is spent worrying about what other people think of women working in the mizu shobai. I would like to have known if male hosts have this kind of worry too. Did they stress over what other people thought about their jobs? I’m not sure. A New York Times article from a few years ago documented how attitudes toward hostesses have shifted and that it is becoming more respectable than before. Gawker, however, showed that other people’s attitudes hadn’t shifted that far when they translated the restrained New York Times article into “Downtrodden Japanese women turned to near-whoring in droves.”

Interestingly, one hostess in the NYT article is quoted as saying that, to young girls, “a hostess is like a modern-day princess.” Again with the princesses. Hosts in the Great Happiness Space talk about their plans for the future, but women just seem to want to be treated nice. 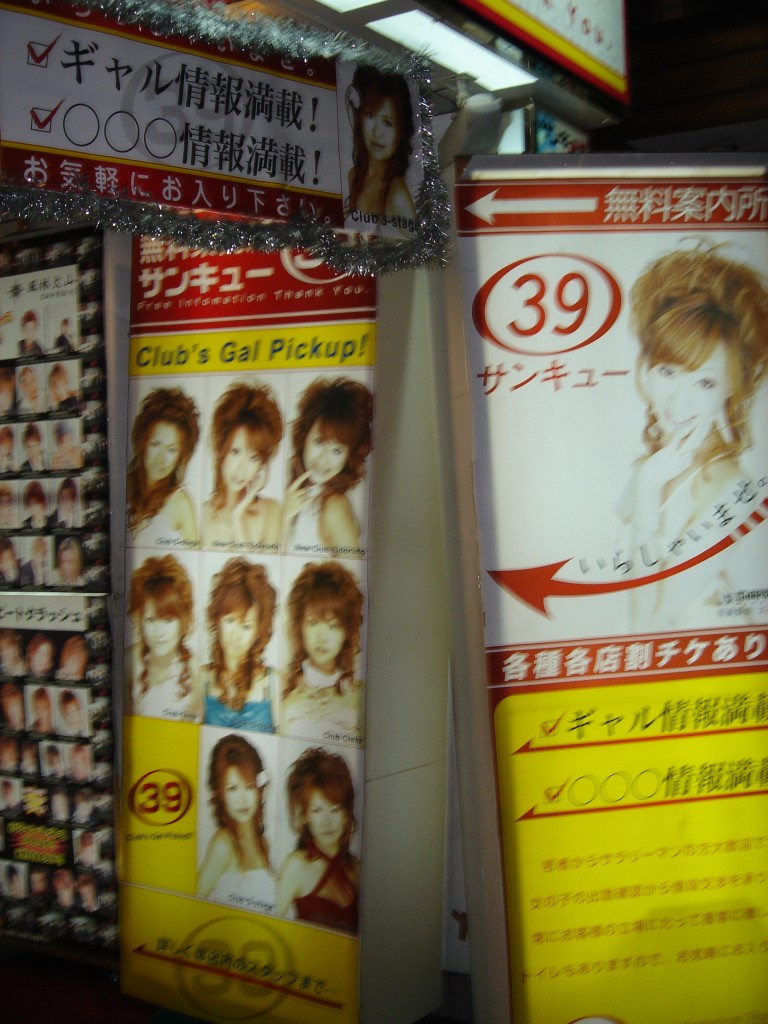 A follow up to the New York Times article, a Room for Debate piece called “Women’s Work,” had several pundits express their concern that women were going to start becoming hostesses without feeling bad about it. “(H)ostessing is by no means looked upon favorably by most people,” warned Kumiko Fujimara-Faneslow. Again, what other people think seems the prevailing issue. There is a lot of worrying over women in this line of work; the male hosts just look exhausted.

At times I wondered if some scenes had been set up to portray the women as unwitting dupes. Toward the end, however, the customers are revealed to be playing the hosts as much as they are played themselves. Most of the women, it turns out, are going to other host clubs and cultivating relationships with other hosts. Issei looks hurt by this and reveals his insecurities that have stemmed from his line of work: “If there are 100 women in the room, I can’t trust any of them.”

It takes until the final scenes for the hosts to show signs of insecurity. There are expressions of guilt over milking their customers dry and forcing “them to turn to prostitution.” One host breaks down in tears: “People are sad and lonely,” he says “they come here to rest their hearts.”

Everyone comes out looking sad and lonely; there is not much happiness, it turns out, at the Great Happiness Space. The film was not quite what I wanted it to be, but it still felt familiar. The final scene when the guys are stumbling down the street in broad daylight pulled me back to my own after-hours Tokyo. I still kind of miss it.