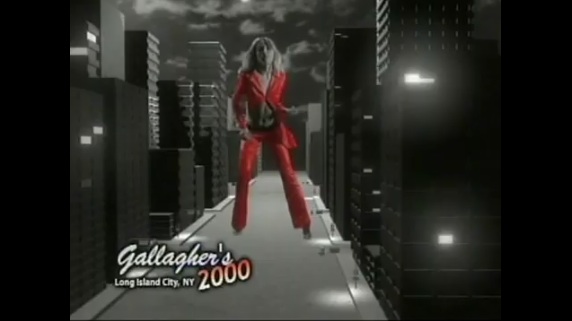 Back in May, two clubs in Portland, OR were investigated for tax fraud by undercover federal agents (for at least one of those clubowners, tax evasion might be the least of his worries). Now similar news comes from Queens, where Robert Potenza—owner of the excellently named Gallagher’s 2000—has been in court explaining how difficult it is to keep up with all that pesky strip club cash.

The club is awash in cash, with typically $400,000 on-hand, some stashed in a broken refrigerator, a fishing tackle box or atop a metal beam.

That, combined with a habit of making cash deposits that fell just below the $10K federal reporting threshold, raised a red flag for the feds. One of the allegations was that Potenza paid his employees with cash, under the table. This poor judge; he has no idea how a strip club works:

Brooklyn Federal Judge Brian Cogan noted that the feds’ chief witness, the club’s former general manager, claims Potenza pays workers off the books but invoked his Fifth Amendment rights when asked about his own income.

“If the contention is that the dancers are being paid off the books, why didn’t I hear from a dancer?” Cogan wondered.

Well, for one, because they’d possibly be in for an audit of their own, and for two, if the club is like the majority in the U.S., the dancers aren’t paid one dime by the club. I asked one anonymous dancer about her time there just to be sure of this, and she said, “We weren’t paid and the fines were steep as hell ($100 for cell phones on floor). We had to pay house fee right when we checked in and they had a fine for paying your fee later…I kinda hated that system cause counting my money the night before I’d have to deduct 60-100.” So, no, no cash going from the club to the dancers, but of course, all house fees are paid by the dancers to the club in sweet untraceable cash.

It sounds like Potenza may get clear of this, as long as he didn’t say something stupid to the wrong person. I have to admit my own assumption that a strip club owner in Queens is probably a little more savvy about his gray area than those in the Pacific Northwest.
Also, they have such excellent local commercials. It’d be a shame not to have any more of these made.