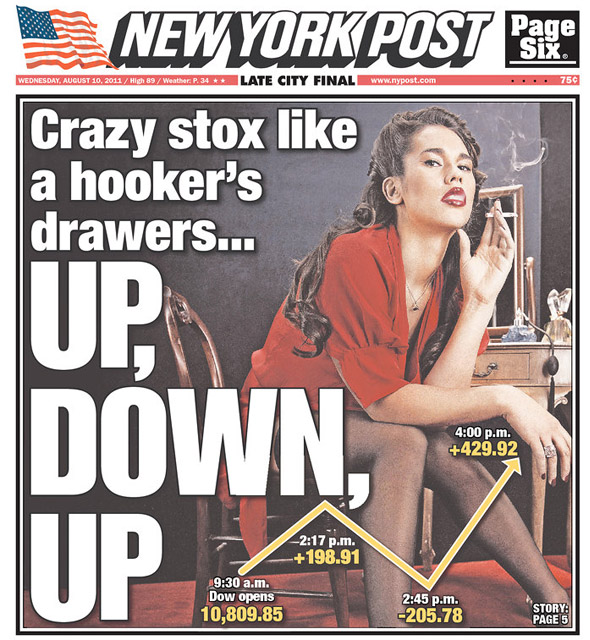 6. “A fleet of prostitutes had touched down.” This isn’t a headline, but I believe in giving credit where it’s due.

5. Prostitutes Go Wild Over Fake Money This one just kinda bugged me. Besides Rich “Uncle” Pennybags, who wouldn’t “go wild” if they were paid in fake money?

4. Strip Club’s Food Fails To Wow “The only complaint about the staff would be their overall flippant attitude toward attire. Several waitresses dressed unprofessionally, and some overtly flaunted their sexuality in an attempt to garner tips.” LOL. Sorry dude, but you’re not the first person to complain about the food and the fact that you were approached by strippers in a strip club (cough and cough).

3. Every article about sex work from the New York Post ever “Hooker this, hooker that.” —The NY Post

2. Idiot Prosti-Teacher Didn’t Learn Lesson I’m not done talking about the NY Post. From the paper who brought us “mammary mecca” and that strange hooker underwear analogy, I present you with the headline that is so fucked-up that I can’t believe it’s real (but can).

1. Nichole Bailey’s life was a string of bad choices that ended with her murder in a weed-filled ditch in southeast Houston In case anyone was wondering why we need December 17th.