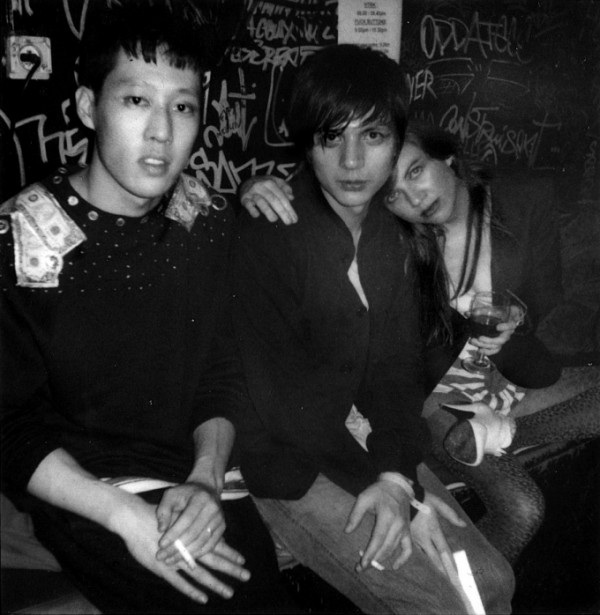 Nothing says sexy and evil like the Australian electro/rock trio HTRK (pronounced “hate rock”). Their second album, Work (Work work), came out last September and has become one of my favorite sex work soundtracks. Their record label, Ghostly, describes their sound like “a comedown, a bad trip, a hip romance.” I’d add to that “the cool restrained thrill of watching your trick’s back cover in welt marks while a stack of cash looks on patiently from the bedside table.”

The 10 tracks of Work (Work, work) come together as more of a general mood than 10 individual songs; they’re all down-tempo, ethereal, dark and repetitive, with the hooks a little hard to pin down and the whole album blending together into a dreamy ambience. It’s perfect music for work, because it draws you deep into this dark, heavy (sadistic, perhaps?) mood without the distraction of poppy melodies or too many lyrics. Singer Jonnine Standish’s voice is relatively low in the mix and super-saturated with reverb, leaving much if the words unintelligible or close to it.
Check out the video for “Synthetik”:

The whole album plays in just under 40 minutes, so if you want to round out your HTRK playlist to be a full hour, download a few tracks from their first album, Marry Me Tonight, which came out in 2009. It’s a bit poppier than Work (Work, work), and not as unique in my opinion—but how can you go wrong compiling a sex work soundtrack with songs called “Rentboy,” “Panties,” and “Your Mistress Turns to Dust?”