TITS AND SASS SERVICE JOURNALISM BY AND FOR SEX WORKERS
Home This Time, It's Personal Deep In The Shadows: Working Trans Without Disclosure 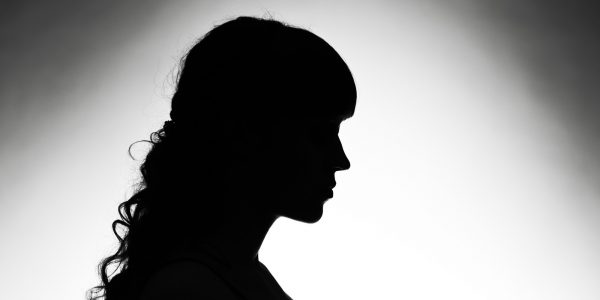 Being a sex worker who doesn’t disclose their transgender status is a minefield, and it’s one I have to navigate every day. The trials workers like me face range from navigating transphobic workplaces and colleagues to selling sex to people who would likely not be happy if they knew our truth.

I began doing sex work a few months after I had sex reassignment surgery. I entered sex work for fairly typical reasons: poor mental health, poor physical health following my operation, and the resulting need to make money without working long hours. I had to choose between advertising myself as a cisgender person or a transgender person. Considering the lack of a profitable market for trans women sex workers who have had sex reassignment surgery, I decided to not disclose my trans history in my sex work, and instead to advertise myself as a cisgender woman.

There is a trope that trans people only do sex work in order to “save up for the operation”, but this is not true. Trans people, like everyone else, do sex work for myriad reasons, reasons which are too numerous and diverse to be reduced to one easily digestible motivation. But as a result of this common misconception, people regularly refuse to believe that trans people who have gone through surgical reassignment could still need to enter sex work. Yet our position as a minority group that faces a lot of discrimination in employment and housing doesn’t disappear should we choose to go on the operating table. This reality is a hard one to accept, but it’s our truth—people don’t suddenly start to treat you as human when you have surgery. Our struggles as individuals living under a transphobic society remain regardless of our genitals.

I entered sex work ignorant of the ins-and-outs of the industry. I simply walked into a local place that specialized in the field I felt most comfortable working in and signed up for my first shift. I’ve since been doing sex work without disclosure as a trans woman for a couple of years. I’ve met many sex workers, seen many clients, and managed to succeed at making a living.

There are some close friends who I work with whom I do disclose to and others who I’ve decided will never get to know about my past. Every time I tell someone I have to make absolutely sure they will be okay with it before taking that leap. All it would take is sharing my history with one person who reacts badly, and before I know it my whole client pool could find out, and I could end up in poverty, or worse, dead.

To be a trans sex worker who works without disclosure is to live a life deep in the shadows. You put off forming relationships with new people or looking for love, because to truly share yourself with someone is to risk everything you have. A potential relationship is rarely worth it when exploring that possibility involves risking your entire income.

It is easy for many trans women to live in a bubble of acceptability. But entering the world of sex work as a trans woman who doesn’t disclose has let me peek behind the curtain and see that we still have a long way to go. When I worked for a manager, my time at work regularly involved listening to my boss’ violently transphobic language, routinely directed at visible trans women on the television. It was taxing living with the knowledge that if I was outed at work, he would likely direct that same language at me, and fire me without a thought. This was one of the major reasons I left working in premises and became an independent sex worker.

Despite moving from working for a manager to working for myself, I am still constantly exposed to transphobia in the workplace. From colleagues who express outright disdain towards trans women’s existence to clients who relate deeply transphobic fetishes to me with the expectation that I will buy into the concept gleefully, in my day-to-day existence I see behind the facade of trans acceptance the world maintains when actually faced with a trans person.

My entire brand is built off of trying to mold my transgender body into one which will meet the cis-heteronormative body standards prescribed by society and magnified in the world of sex work. From the clothes I wear to the lighting in my incall, I’ve built everything around this need to conceal.

The work of sex work itself is a different art form when you are transgender. In many ways, sex work for women is almost a form of drag, where the woman plays the hyper-feminine hyper-sexual caricature of a woman. But when you are raised and socialized into masculinity, you have less knowledge of the femininity you are seeking to magnify. You cannot magnify your own trans womanhood, you have to learn cisgender femininity and expand on that. Add to this the fact that my body doesn’t work the same way a cisgender woman’s body does. It’s not uncommon for a client to try to penetrate my vagina when I’ve not yet primed it with lubrication, something essential for a neovagina as it doesn’t get adequately wet on its own. While many cis women have this problem as well, it is an almost universal quandary for trans women post-sex reassignment surgery.

Sex work where I can keep my pants on routinely involves transphobic fetishes. The evenings I’ve cried myself to sleep after “sissifying” a client and hurling transphobic abuse at them like high school bullies did to me are too numerous to count. Sex work where I take my pants off involves masking my scars in a lather of concealer. I pretend the too-tight nature of my vagina is due to some strange vaginal abnormality rather than the shoddy surgery it endured in its transformation from phallus to vulva and my inability to look after it properly in the trauma which followed.

The voices of workers like me so often have to remain hushed for fear of violence and discrimination. While I have found great support within the sex worker community, I’ve also been outed to people I don’t know by other workers, as well as being routinely exposed to other sex workers’ transmisogyny. While coming across workers like me is a rarity, it’s important to respond helpfully when you do. Community spaces can become more welcoming to trans workers who don’t disclose by ensuring we have spaces safe to talk in without fear of our transness being brought up outside of them. Too often I’ve had to stop myself from discussing things in sex worker spaces because I cannot guarantee the people in the room will not react by outing me to other activists or, more worryingly, to clients.

Trans sex workers routinely face discrimination in spaces that should be safe for us. The trans community, while widely more clued in on sex work than the rest of society, still often reacts negatively when confronted by our voices. Thus not only do we face transmisogyny from the sex worker community, but respectability politics within the trans community make for condemnation of our sex work. The sex worker community could help us by working to acknowledge our unique struggles, enabling us to share our trans sex work experiences anonymously, and by educating members of the community on trans issues for us, so we don’t have to out ourselves to everyone in order to avoid facing transphobia at community organizing and events.

From jumping up at five AM to shave your face on an overnight booking before the client awakes, trying to hide estrogen tablets in your purse, remembering to dilate your vagina prior to a client’s arrival, to trying not to cry every time someone you thought liked you insults trans people to your face and expects you to laugh along, sex work is a different world when you’re trans and closeted. The unique experiences had by trans women who sell sex without disclosure are never given a voice. Our silence is our cross to bear, and in return we get our income.