TITS AND SASS SERVICE JOURNALISM BY AND FOR SEX WORKERS
Home Blast From the Past 100 Years Of Sex! 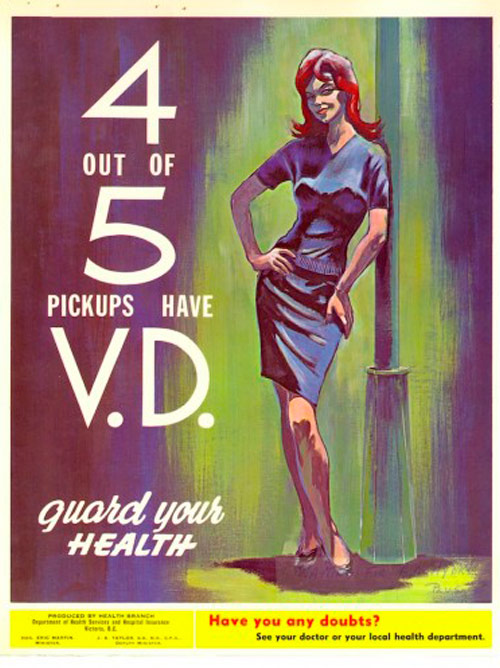 Moving on to the next poster–first of all, where did she get that dress? Second of all, Booby Trap is an excellent way to draw the eye, because we all know tits sell. Thirdly, doesn’t it get boring retelling the same “Sluts are dirty!” story over and over? I have a feeling the soldiers got it (and passed it on to their kids, who passed it on the theirs, and that’s how we have misogynists after all this time) in the first round of slut-bashing posters. Could you guys have come up with something else?

Apparently not. But! There are some posters that are spot on. Ones where shame is being pointed out as something that can kill you, specifically. I have a feeling shame is at the root of most dysfunction, but that’s just me. 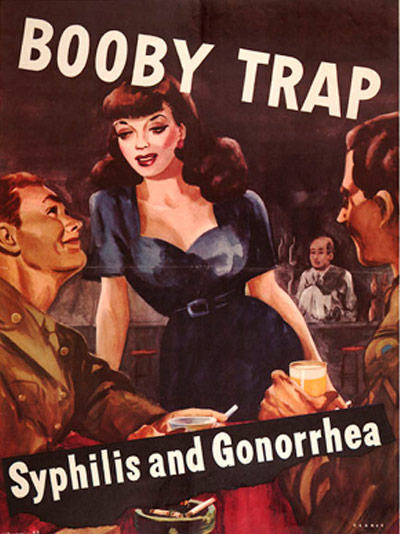 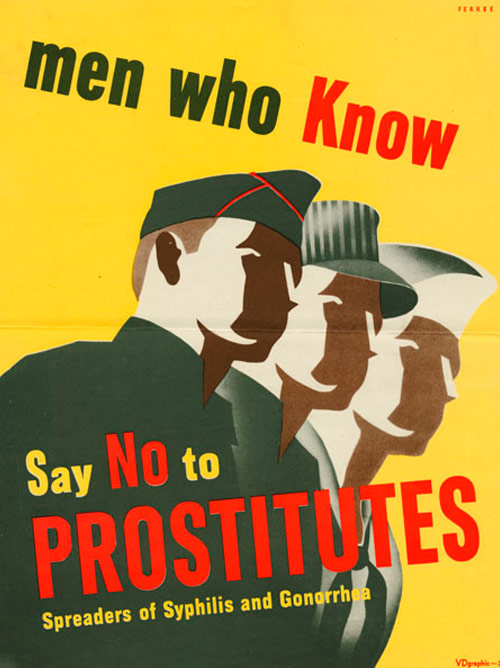 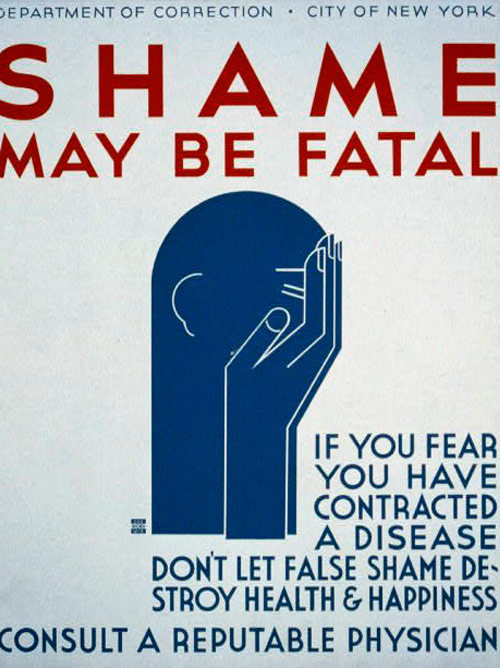 This one should be plastered everywhere! I am consistently befuddled when people tell me they’re scared to get tested. Scared for what? That the people at the testing site won’t know what to do with you and your brand new STDs? That you will be the person they make fun of, even though they’ve been trained not to do that? That you’ll bump into a case full of samples and everyone in the building will end up with some crazy mix of stuff and it will be ALL YOUR FAULT? No? Then what? Ok. Also, let me know if it’s difficult balancing that kind of self importance with such obvious insecurities, ok? And, let me know when you get tested too!